LUCIO VANOTTI: in between fashion and architecture

“Even as a child I had a passion for design, I used to read architecture and interior design magazines alternating them with comic books by Peanuts C.M. Schulz” says Lucio Vanotti, a young designer from Milan, who grew up in a sunny mountain village in the province of Bergamo. “The choice between fashion design and architecture has not been easy. I believe these two passions coexist in my work and who knows how they will evolve“. Trained at Marangoni school of fashion in the nineties, Milan as his true home,  he lived there for more than four decades. Reductionism and detached purism with a certain adversity towards ornament, Vanotti’s style summarizes the instances of fashion of his time with geometric  formalism of cut, shape and volume, with a constant reference to design. The rough and ascetic silhouette of his clothes are inspired by the philosophy of Adolf Loos, it translates beauty in one only shape without making it depending on the ornament and its a Goal! His first project was in 2004. A small collection of t-shirts for a Japanese  showroom  named LUCIO, then, by involving the designer Marika Masi into the project, the collection with the brand February was born, from here consensus and satisfaction, by the creative gota of his city. 2012 is the decisive year. “It was time to have fun all the way to enter fully into my creativity“. With the primary focus on his name, Lucio Vanotti, its line becomes a brand: the space of personal expression for a minimal and cross collection, to decompose and recompose at his will, but most of all new, because very rarely he would abandon himself to common retro quotations.

A game: can you please state an artist allined with your aesthetic and with your brand’s soul? Carl Andre. How would you define your style? Icy, intimate and concrete. 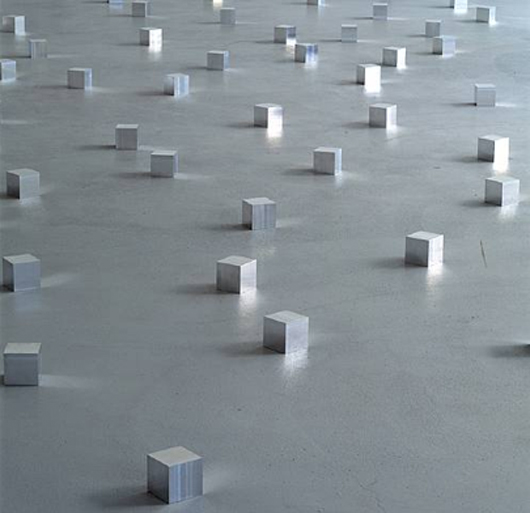 How do autumn winter 2013 male and female collections grow? They are born by the union of two sensations:solid and liquid, black / gray / blue. As for other collections inspiration is linked to architecture. This season I imagined a construction of concrete with the shape of a cube, which contrasts with the blue of sky and the blue of sea. What developments? I studied perpendicular forms overlapping parallelepipeds. I played with the light of blues and white in contrast with grays and blacks, keeping focus on substance. 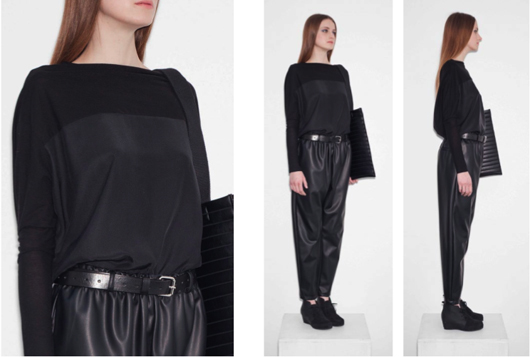 What is Beauty for you? Truth, in all its forms, just like sincere and innocent beauty of animals. As a designer, Where do you draw your inspiration from? My daily life is my source of inspiration. I can stop in front of a work of art, such as a chair. A stranger in the subway. Curiosity is everything. Feeling the spirit of things that surround us. Go beyond the surface. 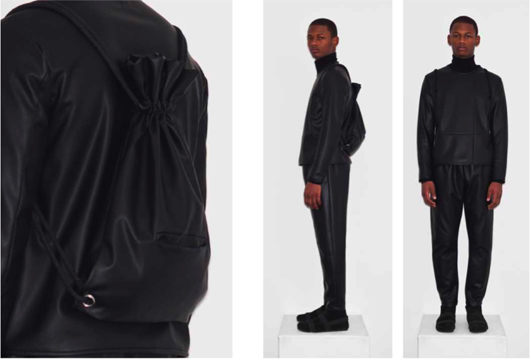 Projects for the future? first of all to continue to express myself freely; I have many projects, one for all, deepen my accessories collection.