What is beautiful? What is bad-looking? The good and the ungly are relative in different times and cultures, even though over the centuries it has been tried several times to define templates to define what was beautiful and what was not. The concept of ugliness is more and more immediate today. Cruelty and the macabre that characterize contemporary society, from movies to video games, sublimate the concept of monstrous that no longer coincides with being bad. Contemporary art celebrates the ugly also in a provocative sense, stimulating disgust and fear, but also arousing charm, mystery and erotism, as it emerges  from the photographic work  of Joel-Peter Witkin (New York 1939) who arrives to the MNFA of Florence, (until June 24th) thanks to the collaboration between Fratelli Alinari and Baudoin Lebon Gallery, in Paris. 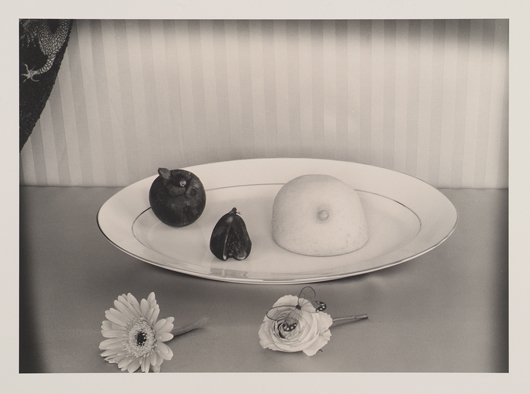 A journey of 55 selected works proposes an inventory of enigmatic images that summarize central themes of his work:  love for fetid rotting flesh, religious restlessness, nudity, links with eros, suffering, pleasure , but also deterioration and death. Debunking works arouse a sense of inadequacy and dark ominous. They open a hole in our sweetened visions of order and beauty. Witkin’s compositions narrate photographic reinterpretations of art history with the reconstruction of painful natures, laid with care and with a taste oriented to monstrous charm. They create a world in the middle, to the edge of surreal, where figures cut out spaces of afterlife, within which to pose. His mortuary love turns this way into inconcievable ability to represent death and its decay. 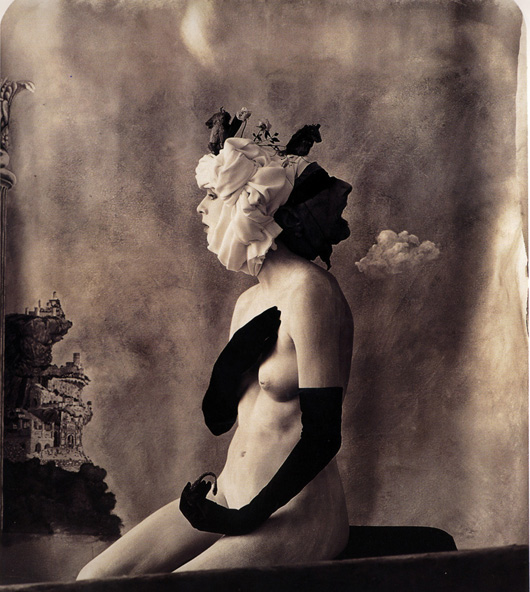 His works are full of formal citations among which we can recognize the great names in history of photography, such as Muybridge, Rejlander and Holland Day, intertwined with Greek and Roman sculpture and with baroque, neoclassical and modern art. Portrayed scenes are full of references, more or less explicit, to the great masters of art, from Bosch to Velasquez, from Goya to Manet. Witkin faces their own same problems using unusual models, with a freak charm, androgynous, dwarves, cripples, hermaphrodites. He himself says that before shooting, he draws the idea that  hewants to accomplish. He makes sure that the metaphysical creative act takes shape even before it is put into practice. The model-dead body seen as an outrageous object, becomes something else compared to the proportions of the body usually seen in art. 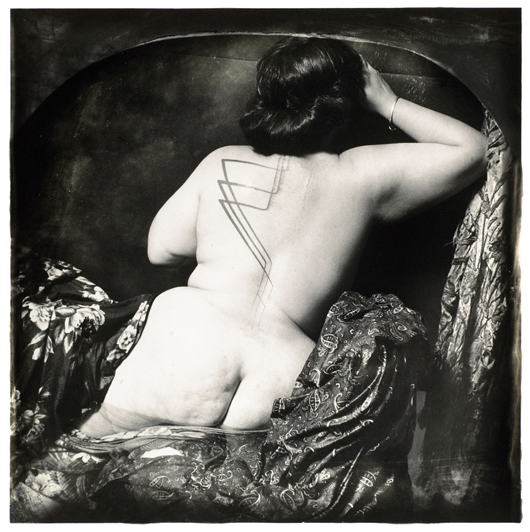 Over the centuries,  art has come back with insistence to represent the aesthetics of ugly, accepting pain of death to sing its own experiments of death-in-life and tell the whole transience of life, awareness of pain, tragedy but also the post-modern anxiety of new, gruesome icons. Witkin’s works have been exhibited in major museums and international art centers;  in 1999 he was named Chevalier de l’Ordre des Art set des Lettres and in 2000 Commandeur of the same honorary French order. 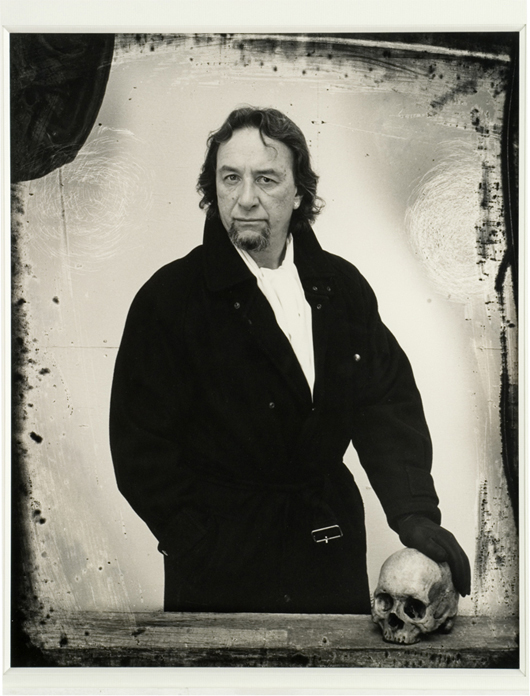 Self Portrait, reminiscent as a Self Portrait as a Vanité, 1995 © JOEL-PETER WITKIN courtesy Baudoin Lebon

How did your interest in photography start? I ws born in 1939. During WWII, my father would show me pictures in newspapers of the devastation. As a child, I believed the entire world (except where we lived in Brooklyn) was being destroyed. I was fascinated by all those pictures. i wanted to make photographs in order to make sense of the world in the time I had to live in this life. Looking at your photographs you can not notice the theme of nakedness linked to suffering and pleasure. By whom and what are you inspired? The themes of Splendour and Misery for me are Alfa and the Omega of life-the extremes of goodness and evil. My models are usually naked because in that way, they are timeless. The history of the Catholic faith has always been my vision of life. Your works, by formal approach, look more like paintings than photographs. How did you develop this type of printing technique? Most photographs are worthless beacuse they have no basis in fact ou purpose. My photographs reflect the history of western Civilization and the moral decisions of that history. I developed my singular vision through years of personal and aesthetic development. Dwarfs, cripples, abundant women, hermaphrodites, androgens. It looks like a freak show casting. Where does the decision to focus on models out of the norm come from? My Italian grandmother, who raised me, was a cripple. i loved her for her soul, not what she looked like. My first photographs were made at a “Freak Show” (I detest that term because it is demoralizing and mean) in Coney Isalnd when I was sixteen years old. To me, these people were “beyond normal”. They showed the genius of God and our need to love.